The recent changes in both exams appear to have narrowed the differences between the American and the Canadian DAT.

However, there are still huge differences between the two exams and this comprehensive Canadian DAT Vs. American DAT comparison will help you decide between the two.

Before 2022, the Canadian DAT was offered only twice each year: in November and in February. With the new changes, though, this exam is now available during all 12 months of the year. Likewise, the American DAT is offered multiple times throughout the year.

Both exams are offered at professional Prometric testing centers across Canada and the United States.

The Canadian DAT is basically administered in two portions: the Written test and the Manual Dexterity Test.

Once again, before 2022, the written portion of this test was administered with paper booklets and computer-readable scoring sheets. New changes, however, have seen to it that the written exam is now presented on a computer, with the answers recorded directly into the computer.

For General Chemistry, Perceptual Ability, and Reading Comprehension, both exams are similar in terms of the content covered and the number of questions asked.

There’s the content that’s tested in both the American DAT and the Canadian DAT. This material includes Biology, General Chemistry, Perceptual Ability, and Reading Comprehension.

The Perceptual Ability Test is pretty much the same for both the American and Canadian DATs, right from Apertures to the hole punching section.

Just as well, General Chemistry also features a similar coverage on both exams, and the Reading Comprehension section is also similar on both tests.

The Canadian and American exam results are both reported as scaled scores, ranging from 1 to 30.

These scores are based on the number of questions the candidate answered correctly, and there are no penalties for guessing.

For both exams, official score results are usually released within 3 to 4 weeks of the testing date.

Both exams contain experimental questions that are not scored.

The whole point of these questions is for data collection, to ensure they are appropriate before they can be included as scored questions in consequent tests.

To start off, the Canadian DAT stands for Dental Aptitude Test in full, and this exam is regulated and administered by the Canadian Dental Association, also known as CDA.

On the other hand, the American DAT stands for Dental Admission Test in full, and this exam is regulated and administered by the American Dental Association, more popularly known as ADA.

Now that that’s out of the way, let’s look at the other aspects that set each exam apart.

The American DAT is more widely recognized in that the ADA DAT is accepted by all 66 Schools of Dentistry in the United States and all 10 dental schools in Canada.

The Canadian DAT is administered in both English and French, whereas the American DAT is only available in English.

The Canadian DAT takes a shorter time to complete and even has fewer questions than the American DAT.

In the Canadian DAT, note that the second scheduled break and the Reading Comprehension Section are only available for the English DAT, not the French one.

As you can see from both exam formats, there is a difference in the exam duration, total number of questions, and even content.

One major difference between the Canadian and the American DAT is in the content that’s tested on both exams.

While Biology is tested on both exams, there is a difference in the topics the candidate is tested on and expected to know.

For instance, the Canadian DAT tests Developmental Biology, but as of 2022, this portion of the exam was scraped from the American DAT, and so it is no longer tested.

Similarly, certain new topics have been introduced in the American DAT which are not covered in the Canadian DAT. These topics include Viruses and Archaebacteria covered under Diversity of Life, as well as Genomics, Gene expression, and Epigenetics, covered under Genetics.

These are just a few examples. Keep in mind that there are many other variations between the Biology topics covered on either exam.

Students taking the Canadian DAT aren’t required to have a working knowledge of Organic Chemistry, and neither is this subject an eligibility requirement one is required to have covered, as is the case with the American DAT.

Unlike the American DAT, there is no math on the Canadian DAT, which means there isn’t a Quantitative Reasoning section either.

In contrast, the Canadian DAT does not provide an unofficial score report after completion of the exam. You simply have to wait for the official results.

Should I Take The American DAT Or Canadian DAT?

The American DAT is generally considered to be slightly easier and more predictable than the Canadian DAT.

Particularly when it comes to Biology, the wording used in the Canadian DAT can be pretty confusing. Additionally, there are plenty of questions in this section that you might not get unless you majored in Biology.

So if you are weak in Biology, you will definitely be better off taking the American DAT, which is more straightforward, and you can easily apply the process of elimination. The same cannot be said of Canadian DAT Bio, which you may also need more time to prepare for.

Just as well, the Canadian DAT appears to have much harder PAT questions, especially when it comes to Angle Ranking.

If you are particularly good at math, taking the American DAT will prove advantageous because the Quantitative Reasoning section is bound to bring up your Academic Average, resulting in a better overall score.

Also, if you are deciding between the two exams and Organic Chemistry is one of your weak areas, you might be better off taking the Canadian DAT.

However, this would require a trade-off because it means your Total Science score on the Canadian DAT will be the average of only two sections, not three sections, as is the case with the American DAT. So this might end up compromising your overall score.

While both exams are scored out of 30, there are a total of 280 questions on the American DAT, while you only have 210 Questions on the Canadian DAT, so keep this in mind as well.

So, to sum up, should you take the American DAT or the Canadian DAT?

The choice is entirely up to you. Just make sure you take the above factors into consideration, and ensure whichever exam you take is accepted in the respective dental schools you are applying to.

Does Canadian DAT Have Organic Chemistry?

No, Canadian DAT does not have Organic Chemistry.

Which One Is Harder: Canadian DAT Or American DAT?

Canadian DAT is harder than American DAT, particularly when it comes to Biology in terms of how the questions are constructed and worded.

Yes, there are 10 Canadian Dental Schools that accept American DAT. 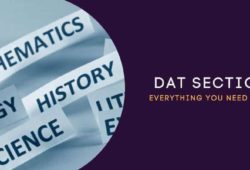 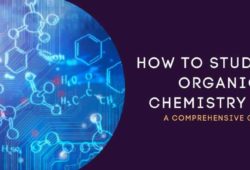 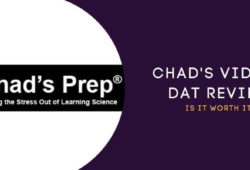