Considering the total MCAT score range falls between 472 and 528, with a mean and median of 500, 508 could be considered a pretty decent score.

At the very least, a 508 means you scored above the central portion of the score distribution. But is that enough to make this a good score?

Getting into medical school can be pretty competitive, and yet the competitiveness only keeps increasing every year, challenging students to constantly shoot for a higher MCAT score to better their chances of getting into a top-tier med school.

Exclusive Deal: Get 10% OFF today the best memorization tool for MCAT

Only features high-yield content to optimize your study time.

Not as customizable as Anki

Use code at checkout: TESTPREPPAL22

The MCAT is a major exam, and many students always aim to perform stellarly or get an above-average MCAT score at the very least.

While you really should put in the time, effort, and dedication it takes to ace the MCAT, you need to remember that this score isn’t everything, and it isn’t the only factor upon which your acceptance into a good medical school will be based upon.

Whether or not 508 is a good MCAT score will depend on a variety of factors unique to each student, including:

At the same time, you need to remember that there are other non-quantitative factors that will also affect any medical school admissions process.

These factors include letters of recommendation, extracurriculars, undergraduate coursework, clinical experience, personal statement, etc. Read our article about the difficulty of the MCAT test.

What Percentile Is A 508 MCAT Score?

According to data from the May 2021 – April 2022 testing year, obtaining a score of 508 on the MCAT means that you performed in the 72nd percentile.

This means that you scored equal to or higher than 72% of the total test-takers but lower than 28% of test-takers.

Let us break down these individual section scores so you get an idea of exactly where each score places you:

Getting a 1-point deviation above or below 127 for any two sections would still be okay.

Will 508 Get You Into Medical School?

The reason why the MCAT is such a major exam is that how you perform in the MCAT will be used as a measure of how well you will succeed in medical school. So, of course, plenty of students often wonder whether their scores will get them into a good medical school.

Those with higher MCAT scores falling in the 80th percentile, of course, never have to worry about this, as such a score will undoubtedly get into a top medical school.

But what happens when you perform in the 72nd percentile? Can you get into medical school with an MCAT score of 508?

The short answer is yes. 508 can definitely get you into medical school.

The long answer, however, is a little more complicated and nuanced.

For the 2021 – 2022 cycle, the average MCAT score of matriculants, meaning the medical school applicants who got accepted into MD-granting medical schools, was 511.9, which falls in the 81st percentile.

That is to mean that with lower MCAT scores such as 508, your chances of getting into medical school would be pretty low, but not altogether impossible because 508 falls well within the standard deviation range of 6.6.

As previously mentioned, medical schools take a holistic approach when it comes to assessing their applicants’ potential. Your MCAT score is only one piece of the puzzle and cannot solely determine your acceptance into medical school.

Displaying good academic prowess in your undergraduate years will have medical school admissions committees more inclined to accept you into their programs.

Many med schools will forgive a lower GPA if the MCAT score is higher, and the reverse is also true, whereby a higher GPA  could compensate for lower MCAT scores.

As such, having a higher GPA of, say, 3.9 will go a long way in boosting your rather unimpressive MCAT total score of 508.

b) Your Target Schools

With an MCAT score of 508, you should, first of all, consider applying to your state medical schools for the simple reason that schools generally tend to favor in-state students.

The more medical schools your state has, the lesser the competition and, as such, the higher your chances of getting in with average scores. As long as you aren’t picky with your school of choice, of course.

While 508 is a decent score, it isn’t even close to being the highest MCAT score, so you generally need to abandon all hope of getting into a top-tier school.

That being said, it doesn’t mean that 508 will only limit your options to mediocre selections.

There are very solid medical schools that take less competitive scores. These schools include:

Assuming you are a good student; otherwise, there are plenty of schools that will take you. The catch is that you will need to apply to about 20 medical schools if you want to be accepted.

Of these 20 schools, the idea is to apply to a handful of allopathic medical schools, with the majority being applications to osteopathic schools.

If your science scores are strong, especially, a 508 MCAT score is unlikely to be the thing that keeps you out of med school. You may not get admission into MD, but you can certainly get into DO programs.

Here are a couple of other things you can do to better your chances of getting into an MD program with an MCAT score of 508:

While scoring a 508 on practice tests could be seen as a good thing, attaining the same score on the actual MCAT exam may not necessarily be something to rejoice over.

A good MCAT score is considered to be at or above the 80th percentile, which in this case would be 511.

So looking at it from this angle, yes, a 508 could be viewed as a bad score so much that some students may even consider retaking the exam, but should you?

508 will particularly be regarded as a bad score if your individual sectional scores are uneven or lopsided.

Here’s the thing: while a 1-point deviation is okay, a 2-point deviation above or below 127 will be viewed by medical schools as a mediocre score that can be improved upon.

Now, most medical schools are very understanding of how challenging the CARS section can be. So most American medical colleges have accepted students with such a distribution, as long as their GPA is high.

On the other hand, though, such a distribution won’t get you admitted into Canadian medical schools because these institutions are known to value the CARS section the most.

These are the factors you should use to gauge whether you should retake the MCAT after scoring a 508.

Should you decide on a retake, make sure you schedule your MCAT test date appropriately so you have sufficient time to prepare so you do not end up with a 508 yet again or even a lower score!

What Is The Lowest MCAT Score Accepted?

The lowest MCAT score accepted varies widely from school to school and from one admission cycle to the next.

That being said, so far, the lowest MCAT score accepted is, perhaps, 491.

Admission into the University of New Mexico School of Medicine requires you to have a GPA of 3.8 and a 491 MCAT minimum. That being said, though, the school does have an MCAT average of 505 for accepted applicants.

The Drew/UCLA Joint Medical Program at Drew University of Medicine and Science is another program where you can get in with a relatively low GPA and MCAT score.

The requirements here are a GPA of 3 and a 498 MCAT score. Better yet, this program comes with a potential transfer to UCLA.

What Is A Competitive MCAT Score?

This score ranks in the 81st percentile, which was actually the average MCAT score of students accepted into MD-granting programs.

Yes, 508 is a good score in Canada as long as you get a competitive CARS score because Canadian institutions place emphasis on the CARS section in particular.

For Canadian schools, your 508 will largely be based on how you perform in the CARS section, as well as how strong the rest of your application is, of course.

Yes, you can get into medical school with a 509 MCAT score.

A 509 on the MCAT ranks in the 75th percentile, which makes your chances of admission into an MD program that much better. 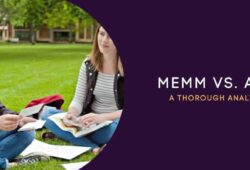 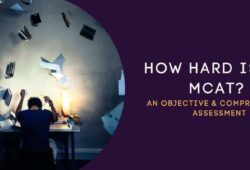 Are you looking for a sure way to get into Med School?

Find out how this tool helps students ace the MCAT

Use discount code TESTPREPPAL22 in checkout

I Want This Deal

No thanks, I don't need help